Martin had for several years been the owner of the largest Counter-Strike community in Northern Europe, a Facebook group with more than 80,000 members. Not a day went by where Martin wasn’t contacted by gamers who were scammed, either by losing money or the skin itself.

With a background in building transactional marketplaces, Martin looked for a safer marketplace from which he could advise members to go and conduct their business. However, there weren’t any viable options. Those places either had hidden fees, were way too expensive or unavailable because of age and territorial restrictions.

Martin decided to investigate. He spoke with more than 5.000 gamers throughout Europe, and the results he found were concerning. Close to 50% of the people he had previously spoken with had been scammed, a lot of whom were minors.

And thus, GamerPay was born. Martin gathered a small group of passionate people around him to build and launch a safe place to trade virtual items and assets.

Our mission is to help gamers trade items effortlessly, with no risk of monetary loss. We deliver a service that makes item trading safe and easy!

We want to create a space for gamers to truly express themselves, elevating their overall gaming experience and life.

Our values have been on our minds from day-1, and we are highly motivated by them.

Here are the values that drive us forward every single day:

Gaming is limitless. Dream big, and be sure to strive for them!

Treat others as you wish to be treated - We are deeply committed to helping both frequent and casual traders. Especially those that do not yet comprehend how to buy or sell virtual items.

Be true to yourself and others. We are always fully transparent about what you pay for transacting on our platform and why. At GamerPay you purchase gaming skins and assets because you want to portray yourself and spice up your experience playing the game you love.

Be open, respect views that differ from your own. - No matter the age, gender or race. We want to build a safe place for all to trade without the fear of being scammed or harassed.

The people behind GamerPay are dedicated entrepreneurs with various experiences within trading, marketplaces, product development, and of course with a great deal of passion for gaming in general. Most of us are parents with children who are gaming as well. 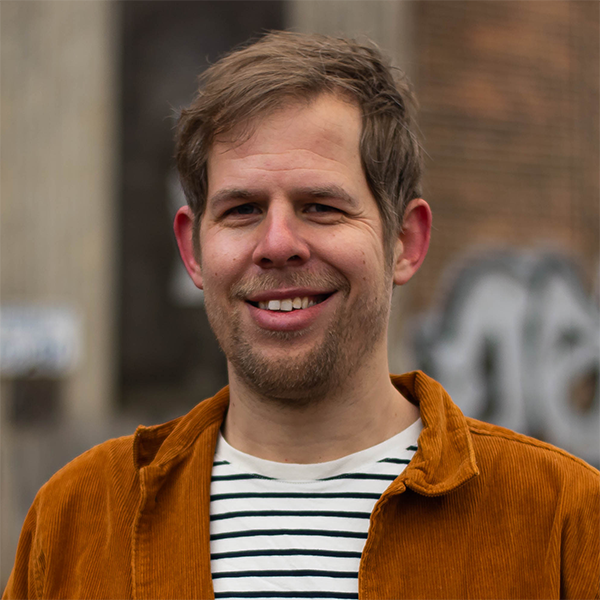 Martin is the glue of GamerPay. He does everything from coding, to customerservice and growth. Martin previously co-founded Denmark's largest transactional marketplace together with Rasmus. 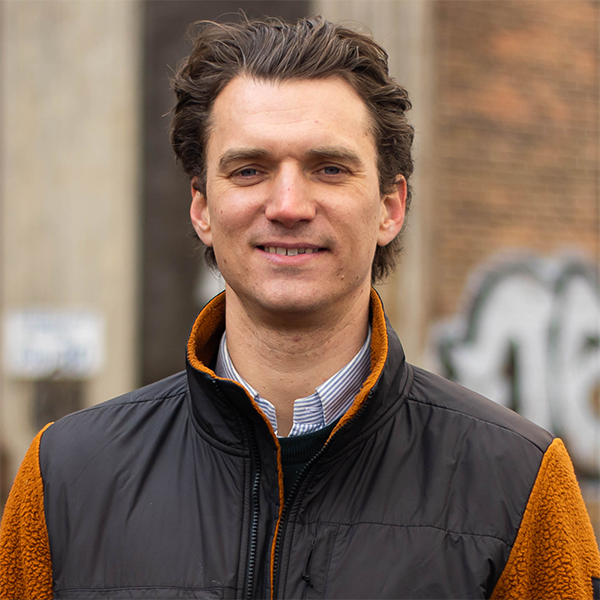 Mathias has three children, some are at an age where gaming takes up more and more time. Mathias knows a lot about marketplaces being employed at Trendsales, eBay, and now GamerPay. 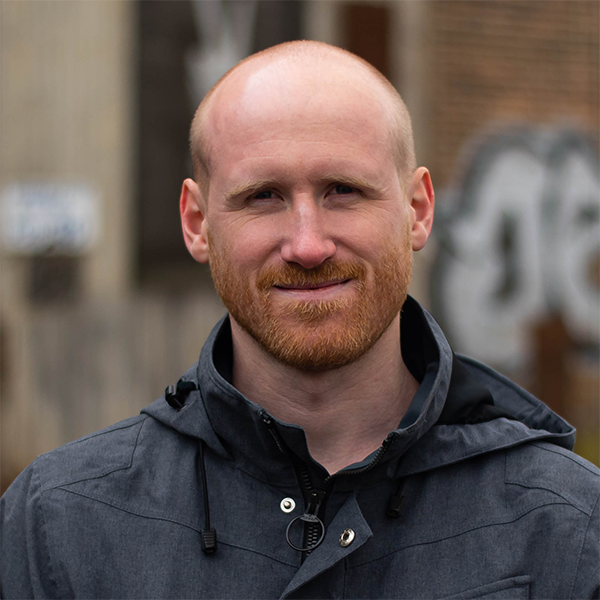 Is the CTO at GamerPay, building complex architecture for moving money from buyers to sellers. Rasmus previously co-founded Denmark’s largest transactional marketplace together with Martin. 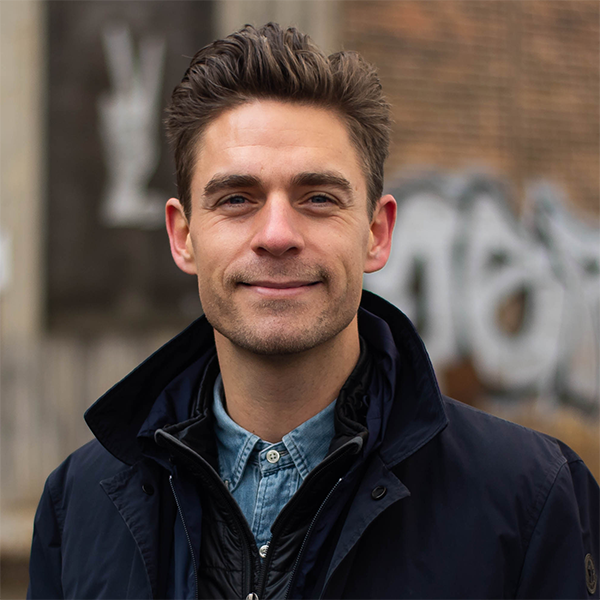 Morten is the big spender, having traded more than 1.000 skins over the last couple of years. Besides that, Morten plays "semi-pro CS" in the Oldboys league! He is also the product owner at GamerPay. 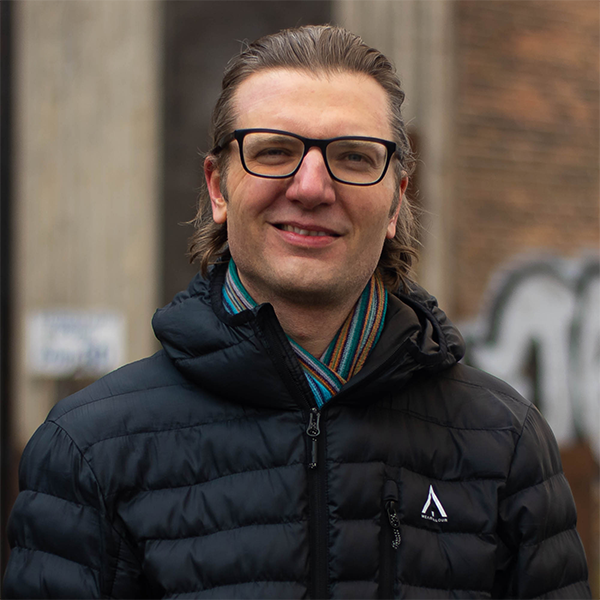 Much like Mathias, Peter is also a father of three, two of whom have spent as much time as Peter on gaming. Peter is our lead front-end developer and previously worked together with Martin, Rasmus, and Mathias. 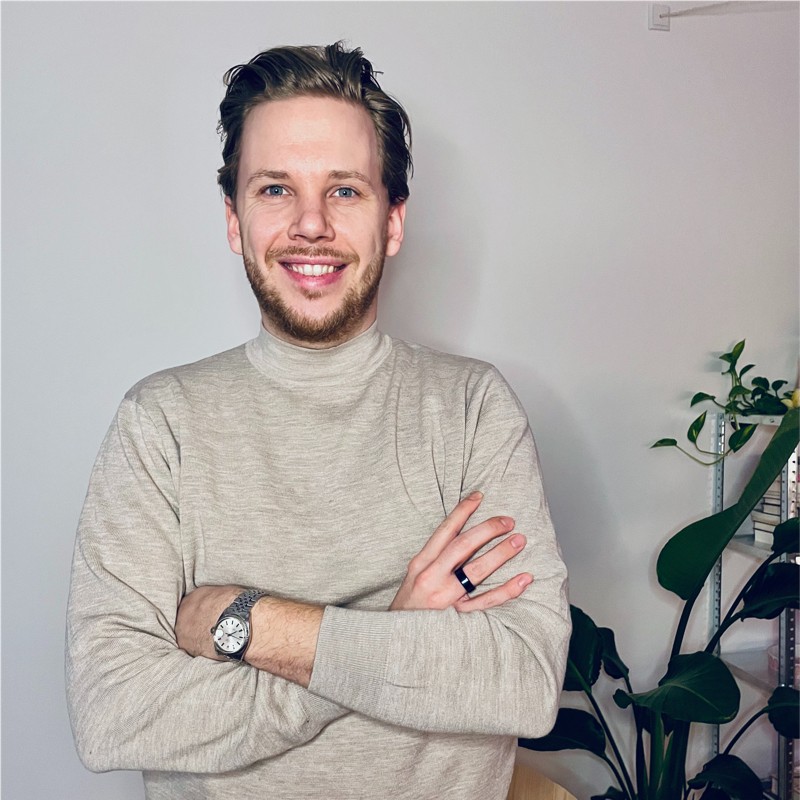 As with every good design, it all starts with high fidelity pixels. Mads is the master of converting complicated transactions, to something everyone can understand. 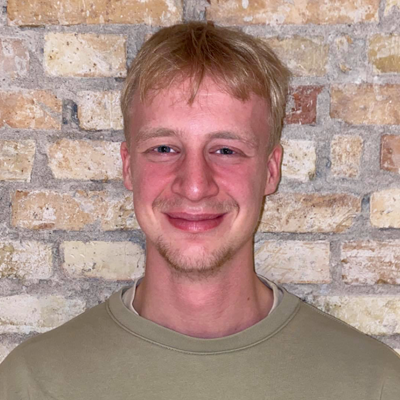 Gustav is active in the skin trading community and have done his fair share of trades already. At GamerPay he helps our users whenever they are stuck. 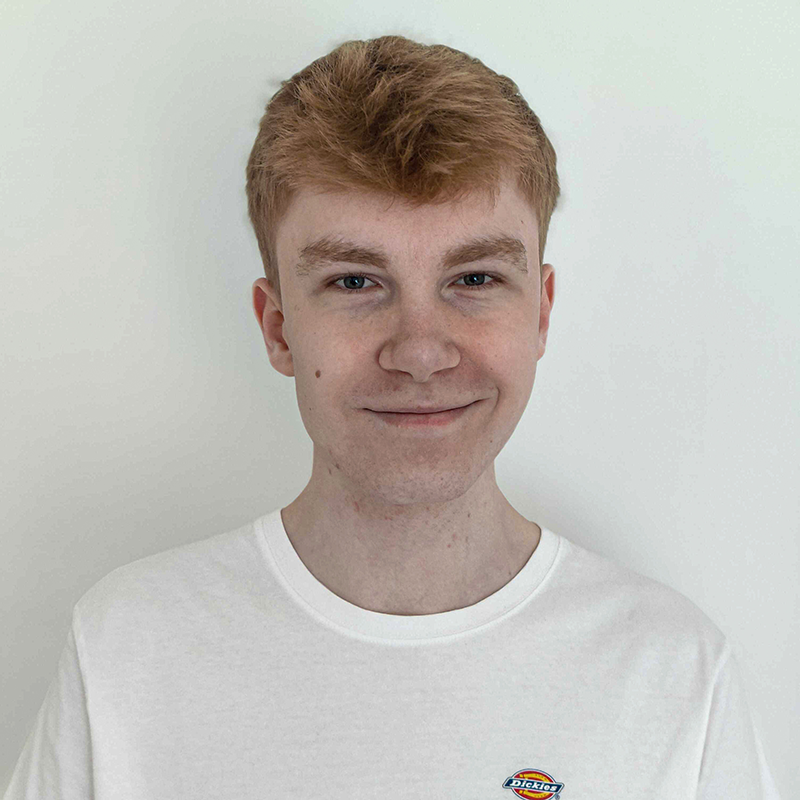 Oliver puts out all the fires. He knows alot about complicated moneyflows, KYC and yes GamerPay. He helps out the users when they are having a hard time.

Ninjas In Pyjamas is probably one of the most iconic esports orgs out there, with a large global reach and titles under their belt. Ninjas have partnered with GamerPay, to run it's skin store and have direct digital access to their fanbase.

Copenhagen Flames is the ugly duckling that turned into a swan. The smaller org has suprised at the recent majors and on the hearts of the CS community. Flames have partnered with GamerPay, to run it's skin store and have direct digital access to their fanbase. 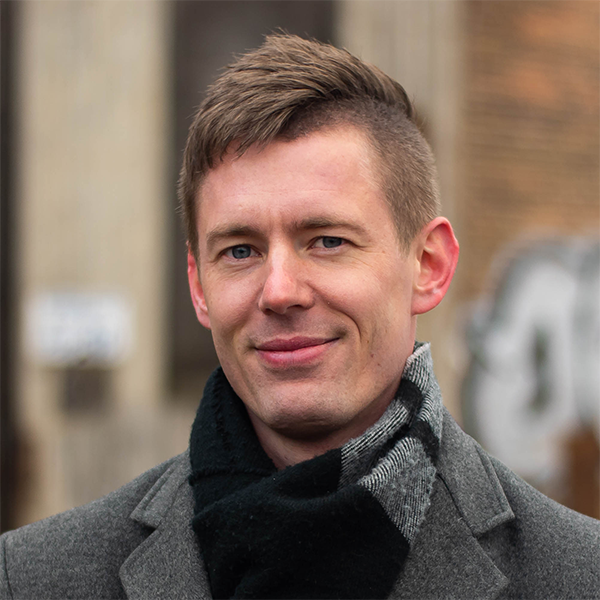 Frederik has more than 20 years of experience within the esports scene. As a co-founder of Astralis, the historic Counter-Strike team, he knows quite a thing or two. Here is what Frederik has to say about GamerPay:

I know that scamming takes up a lot of mindspace for most gamers. That is why I joined GamerPay. I am sure we can make gaming safe again for young individuals. 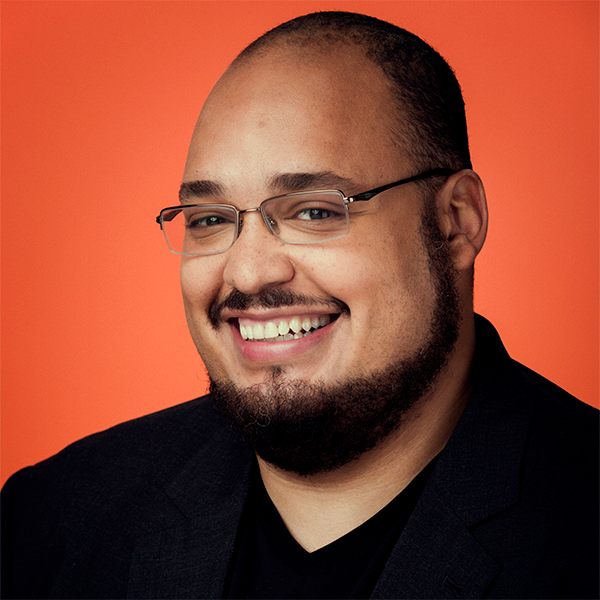 Michael is the co-founder of Twitch and current CEO of Y Combinator and has lots of experience in gaming and helping startups from early stage to scaleups. Here is what Michael has to say about GamerPay:

“When I first heard how many players get scammed when trading gaming skins and assets I was concerned. That is why I was so excited to invest in GamerPay and have them participate in the YC Summer 2021 batch.” Wiktor was part of the 5 golden boys from Poland, who dominated the 1.6 scene back in th days and won multible back to back titles. Filip was also part of the 5 golde boys. Today he playes with TAZ on their own team HONORIS. 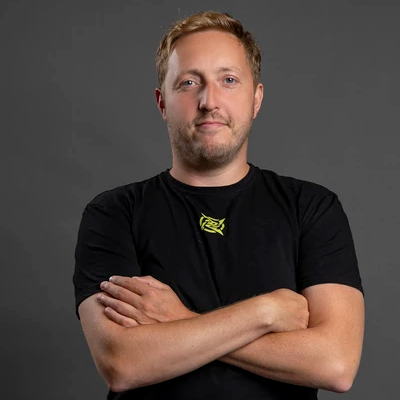 Jonas has been a pro player himself before joining Ninjas In Pyjamas as COO and investing in GamerPay. 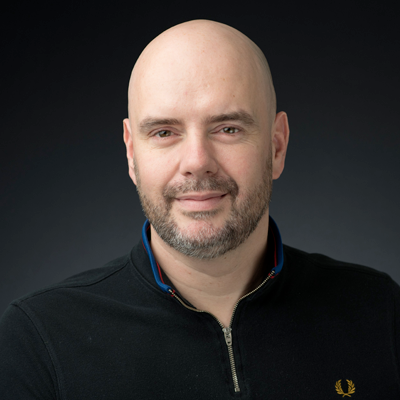 Heini knows all about marketplaces, as co-founder of the worlds largest wine marketplace Vivino. 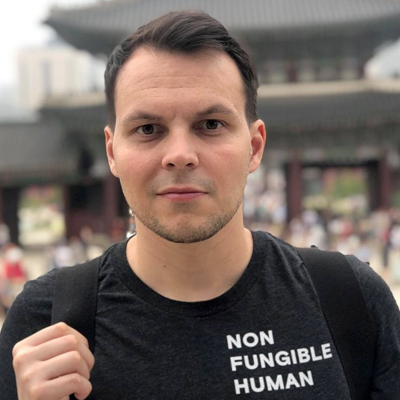 Aleksander is the co-founder of the largest game on blockchain Axie Infinity. 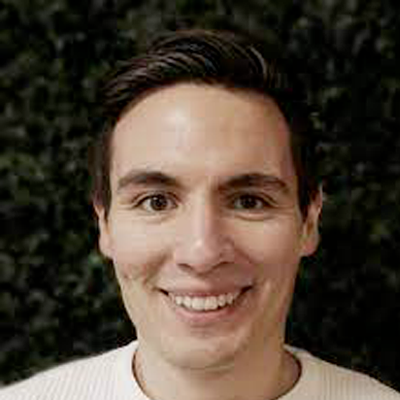 Nicolai has been part of developing the Fun Run series, with more than 120 million players.

Runar has as CEO of Depop, been a vital part in builing one of Europes biggest fashion marketplaces. 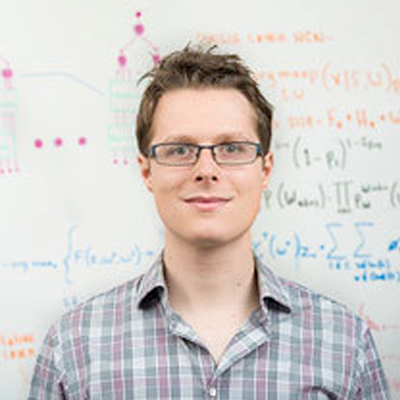 Nathaniel is co-founder of the biggest marketplace where players meet gamemasters. 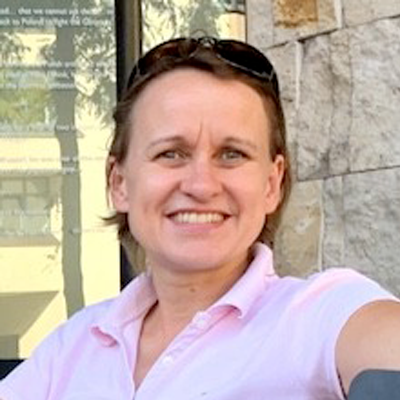 Cornelia is co-founder of one of the fastest growing fintechs in Europe named SumUp.

Here are our investors and partners that have helped us make this possible. 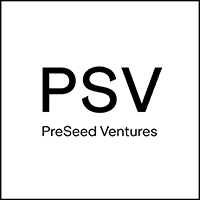 PSV is an early stage venture fund based in Denmark. They have a track record of more than 400 investments eg. Vivino, Lunar, and Trustpilot and more 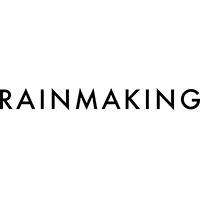 Rainmaking is a world-wide start-up incubator founded in 2007. They are behind Startupbootcamp and consist of more than 200 people across the world. 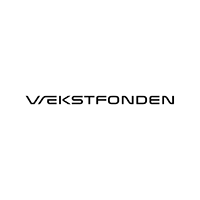 A Danish Growth fund administering funds on behalf of the Danish state in cooperation with both danish companies and venture funds. Like Blast, Billetto and more 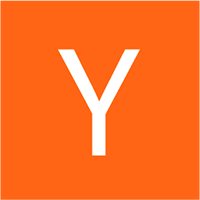 Y Combinator is a prestigious accelerator based in San Francisco. Y Combinator has had AirBnB, Dropbox, DoorDash, Coinbase and Instacart through its program. 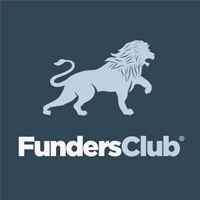 FundersClub is an American fund, that among others have invested in Coinbase, Slack, Gitlab and more. 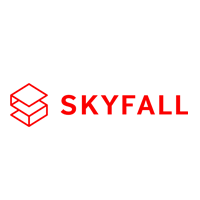 Skyfall Ventures is an Norwegian fund, that among others have invested in Sky Mavis, Nansen and more. 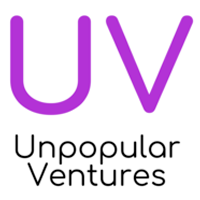 Unpopular Ventures is an American fund, that among others have invested in Jeeves, Sleek, Airlift and more. 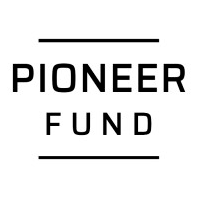 Pioneer Fund is an American fund, founded and operated by earlier YC alumns. 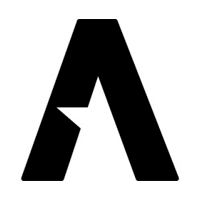 Aventures is a Danish fund with global outreach. Besides invsting in GamerPay they also own a stake in Alt. 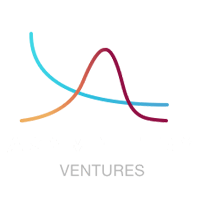 Asymatry Ventures is an American fund with more than 150 investments under its belt and now also GamerPay. 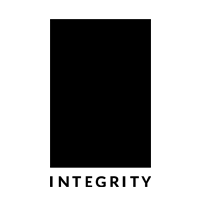 Integrity Ventures is a UK venturefund, that primarily invest in European startups with integrity. 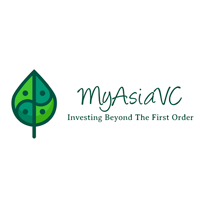 MyAsiaVC is an American fund, that among others have invested in Lemonade, Lime og Kraken and more